Leprechaun: Origins was a hard reboot of the Leprechaun franchise produced by WWE Studios in conjunction with Lionsgate. It failed to produce any sequels, and was ultimately X-ed out of existence by another better reboot called Leprechaun Returns, which in turn X-ed out Leprechaun 2-6.

As the movie starts, we meet our main characters. Four college kids on the last stop of their backpacking trip through Ireland. One of them is a history major. They’re dropped off on the outskirts of a small, remote village by a local who ominously refuses to go any further. Our privileged white sightseers pay no mind, footing the rest of the way to a pub, where a man by the name of Hamish suggests — if it’s real Irish history they’re after — they check out the Clocha de na Deithe, or Stones of the Gods, the oldest existing artifacts in all of Ireland. Our heroes agree. Seeing as the stones are a seven-hour hike away, Hamish and his son offer to drive them partway and let them stay in their — get this — cabin in the woods.

It’s clear from the fifteen-minute mark that Hamish is luring these hapless lovers of history into a trap, or at least concealing a terrible secret, eerily noting that his town likes to keep things “private”. He wears a Rolex, yet boo-hoos about money troubles, and, well, does everything short of the ol’ shifty eyes. 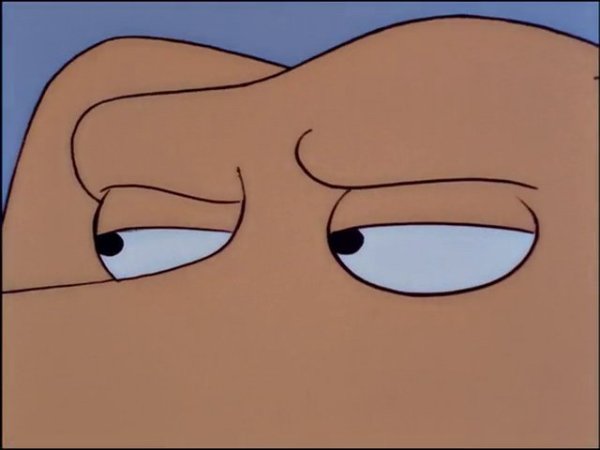 It’s later revealed that the people of Hamish’s town unwittingly mined all the gold from a leprechaun’s treasure cave many years back. And now, it’s pissed off. If they don’t make amends to the horrid little thing by leaving it periodic offerings of wristwatches and tourists, it ventures in from the woods — to kill! Will our heroes survive the set-up?

One of the first things you’ll notice when popping this movie in is that director Zach Lipovsky has gone to great lengths to conceal his baddie. Almost every shot of the titular fairy-creature is somehow obstructed, whether cleverly composed, blurry, or just too brief to get a look at. To the best of my recollection, the creature is never clearly shown head to toe for more than a second. In my opinion, this was the best way to go, because here we can see that it looks like pure crap, most closely resembling a hairless green chimp with a melted face.

Director Lipovsky explains in a ‘hind-the-scenes featurette you can find on the DVD that his subtitle, Origins — one I mistook as an indication that this was a prequel — refers to the origins of the leprechaun myth, err, folklore (where’s that scholar guy?). “This isn’t necessarily the leprechaun that you would see on the cereal box.” he says. “It’s more… the ancient creature thousands of years ago that in Ireland they started telling this story about.”

Correct me if I’m wrong, but haven’t leprechauns always been described as human-like in appearance, with beards, and hats, and such? Show me an Irish text that paints them as hairless, melty-faced apes. No, go ahead. Writer Harris Wilkinson should have consulted the “Legends and Folklore” CD-ROM from Leprechaun 3.

Whereas the version of the character played by Warwick Davis not only spoke, but slung around all sorts of rhymage and witty repartee, this version’s vocalizations are limited to a primitive range of grunts, growls and snarls. When it walks, it knuckle-walks like a primate; the general impression we get from this beast is just how primal it is, that it mindlessly hunts and kills, like a big, feral cat would. It doesn’t talk. It has no personality. It’s been stripped of its magical powers. Frankly, I’m having a hard time believing it’s even cognizant enough to be holding onto this decades-old feud it supposedly has with the villagers. Its only agenda seems to be killing and eating whatever enters its neck of the woods, which it does rather brazenly, ambushing all four heroes at once, instead of going the typical slasher route and picking them off one by one as they stop to pee, or tie their shoes, or make out, or whatever. Its only MO is straight-ahead brute force, and it’s so brutal, and so forceful it’s laughable. With the way this thing rips its victims away feet-first through the weeds, you’d think it were something much larger, and scarier, than it actually is — like, say, a Velociraptor. When I hear the word “leprechaun”, I don’t picture an animalistic killing machine. Maybe that was my first mistake?

For a fleeting moment, the Leprechimp does exhibit what could be seen as higher thinking faculties, sliding a female character into the path of an axe swung by another character, but after that, it’s back to the primitive snarling and knuckle-walking.

So, the question begs, without the familiar, wise-cracking Leprechaun we know and, maybe not love, but tolerate, why promote this flick as a reboot of the 1993 cult classic? Literally the only similarity I noticed between the two, besides their titles, of course, was the one-liner “Fuck you, Lucky Charms!” — used here as the sole survivor’s supposed-to-be-epic, pre-mortem zing. Take that, you melty-faced monkey fuck!

Announced early on as a darker, scarier take on the source material, Origins ain’t. It tries to be more creature feature and less comedy slasher, but cor blimey, it’s so completely generic, and weak, and watered-down with clichés you might just slip in it. If you feel like you’ve seen this before, you probably have. The action is ripped from a hundred other identical flicks — the Leprechimp even sees in a filtered, Predator-esque “gold vision”. Goddamnit.

The characters we follow are flat, boring, and sin of all sins, completely selfish, ditching each other at each and every opportunity; the group mentality seems to be I just have to run faster than my friends. Not only did I not connect with these characters, I actively hoped they would die. And that’s not to say that I liked the Leprechimp, either. The only character I felt for was Hamish’s son, who, in a Junior-from-The-Last-House-on-the-Left-sort-of-way, is torn between his allegiance to his father and crushing feelings of guilt.

Aside from that, Leprechaun: Origins fails to be interesting or break new ground, if it even tried to. It’s clear to me the people who made this had no idea, nor cared, what horror fans, let alone Leprechaun fans, wanted to see. In a troubling scene from the DVD featurette mentioned above, the clueless director compares this to Psycho. Yes, Psycho. These are the people in charge of horror movies. A scary thought.

Back in 2008, Saw 2, 3, 4, & 9 director Darren Lynn Bousman expressed interest in writing/directing a Leprechaun sequel to have taken place in the Old West during the Gold Rush. I can’t even begin to express how much I would have preferred that to this.

The biggest flub here may have been casting comedy wrestler Dylan “Hornswoggle” Postl, best known for playing a leprechaun on TV for chrissake, in a humorless role as a creature that’s for all intents and purposes the exact opposite of a leprechaun, then covering him in so many prosthetics you’d never even know it was him. What the fuck was the point?

A few questions to end on:

If the Leprechimp was confined by magic runes to a specific geographic location, why’d the residents of this town never think to, you know, move away?

And, if the Leprechimp could be killed as mundanely as it is, why weren’t they able to get the job done for the last seventeen years?

This post first appeared on my old blog. I may have revised it and added new thoughts.