This post first appeared on my old blog. I’ve revised it and added new thoughts. 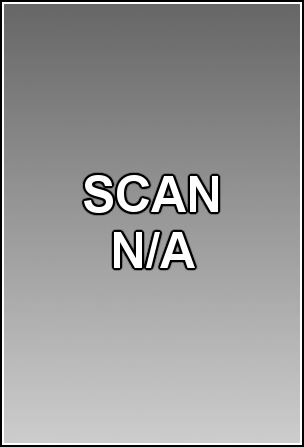 Synopsis
The Gingerdead Man arrives in a pastry box on the set of Z-movie studio Cheatum International’s latest killer puppet flick, Tiny Terrors 9: Purgatory of the Petite. The only explanation we’re given as to why he was sent there — or alive again, for that matter — is by caterer Polly (Michelle Bauer in a wig), who claims that her sister mailed the cookie to her from Texas. Minutes later, amidst the chaos of a bungled shoot, the Gingerdead Man sets to work.

The subtitle was changed from Passion of the Crust to Bakery of Blood for streaming services.
I don’t know why.
Credit: Amazon/Full Moon

“I’ve gotta get rid of this cookie body, I’m getting stale.” he grumbles to himself. “Now, how do I transfer my soul to a new host?”

Bingo! While skimming through a Satanic text in a prop room, he comes across a transmigration (or soul-to-body transference) spell that says all he has to do is kill five people, sprinkle their blood on the points of a pentagram and sacrifice a virgin.

“This’ll be a fucking cake walk.” he chuckles.

Ade due damballa! Give me the power, I beg of you!
Credit: Amazon/Full Moon

Meanwhile, terminally-ill Tommy (who comes off as twelve, even though he’s played by a twenty-something) is wheeled in by the End of the Rainbow Foundation. “It was my dying wish to see your amazing studio!” Tommy gushes to its blindly optimistic owner Kelvin Cheatum, son of Rupert Cheatum, famed producer of over 1500 horror, sci-fi, martial arts and action/adventure films, including Tommy’s favorites, Beach Blanket Bludgeonry, Maniac Dry Cleaner, and Escape From Sloth Island. Others include It Ate My Brain, Lingerie Model Death Camp, and Bionic Gorilla.

Despite constant walk-offs, money troubles and negative critical reception to his recent efforts, Kelvin assures superfan Tommy and everyone else who will listen that Tiny Terrors 9 is going to be the breakthrough success they’ve been waiting for to return his father’s studio to its former glory.

What he doesn’t know is that a pissed-off internet movie reviewer named DemonKnight13 is scheming to bring the production to a halt. Oh, and let’s not forget — the crustified spirit of Millard Findlemeyer is slashing its way through his payroll!

Thoughts (Possible Spoilers)
The first Gingerdead Man (2005) has Gary Busey going for it and that’s about it. The truth is, it’s not very good. But, goddammit… I love Gary Busey. The guy could knock it back, like, six notches and still be intense.

William Butler, the writer of the first draft of Part 1, returns to co-write and possibly direct this sequel. He and Silvia St. Croix, the alias that appears in the credits, were grouped together on IMDb for a while, but now their pages are separate, so who knows if they’re actually the same person. I’m guessing the mild confusion has something to do with unions, or guilds, or whatnot. John Carl Buechler provides the effects yet again. He also appears in a bit part as a hack director named Orson Biggs. Fellow effects guy John Vulich takes over the voice of the title character (meaning, sadly, no more Gary Busey).

As far as the cookie himself goes, his design has been altered ever slightly for the better. He’s not as rubbery as he was last go-round, his eyes are less beady, and he moves around a lot better, meaning he feels just a little bit more like an actual character than a cheap prop this time. So that’s obviously a plus. As a jaded practical effects fan, and someone who sat through the first movie, I was impressed by the way his fingers moved and curled around the edge of the pastry box seen below. The beast from the yeast.
Credit: Amazon/Full Moon

It’s the little things, you know?

But the real saving grace here is Passion of the Crust/Bakery of Bloods‘s metafictional, self-deprecating sense of humor. It’s clear from the get-go that producer Charles Band is riffing himself and his own studio, Full Moon Features, with Cheatum International. The “tiny terrors” we glimpse early on — including a haunted dildo (yes, you read that correctly), a coffee maker with machine guns for arms and a baby cowboy with piles of shit dripping down its face — are obviously caricatures of the ghoulies, puppets, demonic toys and blood dolls Full Moon has been building its Empire on for the last few decades.

Full Moon regular David DeCoteau (director, Puppet Master 3, 6, 7, and 9) even turns up in a cameo as himself, directing the sci-fi epic Space Spankers 2015. In one of my favorite scenes, he’s approached by a lead from the film:

“Excuse me, Mr. DeCoteau. How was that? Was it good? Did you like what I did?”

An inconvenienced DeCoteau lowers his newspaper. “Was it good? Did I like it?” Then, to a cameraman, “Was it in focus?”

Insincere as can be, DeCoteau replies, “Kid, you were fucking brilliant.”

To be honest, though, my absolute favorite moment comes right before that, when a trio of astronauts ping pong paddle the ass of a scantily-clad woman while explaining to her, “The only way to get this gestating creature out of your body is with deliberate and vigorous paddling.” Oh, how I tittered.

Like I said, this sequel is more self-aware than its predecessor. It’s also more interesting visually. There’s a lot going on here to look at, be it better effects work, various extras populating the background, hilarious movie posters tacked up on the walls, or props and sets I’m guessing were recycled from previous Full Moon productions. Because of this, Part 2 feels like a bigger deal, and that too is a plus.

The first movie is out there, but suffers a slow pace, is entirely too short, and lacks all the insanity you’d expect from something with such a ridiculous title. The Gingerdead Man fires a gun and runs a guy over, but that’s as crazy as it gets. The whole thing is just… underwhelming and boring. Part 2 lives up to the hype and then some. In this entry alone, there’s a crucifixion, Satanic ritual, decapitation, jerk-off/sex scene, and curling-iron-to-the-bunghole kill. At one point, the Gingerdead Man even pilots a mech suit.

The acting as a whole here is cheesy and way over the top. It doesn’t let you suspend disbelief. Frank Nicotero (the host of that Street Smarts show from the early 2000s) is one of the few people who reined the shiz in. He gives a low-key enjoyable performance as Marty, Cheatum’s right hand man.

All in all, Whatever the Hell This is Subtitled is better than Part 1 in almost every way. It’s bigger budget-wise and effects-wise, smarter, funnier, and lives up to the promise of its cockamamie title.

Overall Enjoyability
4 tiny terrors out of 5.

I Got My Copy From
Amazon.com. You can watch it on Full Moon Streaming, or on Amazon Prime Video by subscribing to Full Moon’s channel for $6.99/month.